I finally finished reading Wizard’s First Rule yesterday. It took me a while to finish because of the story’s pace, but at least the ending was interesting. It’s the first book in a series so I guess the author had to lay out a bit of groundwork for the next books. Critics compare the series to Tolkien’s Lord of the Rings (LOTR) and both are similar in the sense that they are about magic and power and fantasy worlds. But I think that’s where the similarity ends. A major difference is that the Sword of Truth series has more empowered female characters in it. In LOTR, the powerful female characters like Arwen and Galadriel weren’t given as much significance as the male characters. 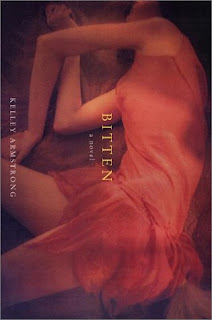 In Goodkind’s book, one of the main characters is a woman. Another difference is that the Sword of Truth is more graphic. Goodkind is more explicit in describing emotions, death, and atrocities. There’s even a bit of sex in it. In Tolkien, romantic relationships between characters were only implied. Anyway, I’m waiting for the second book. Yay.

While I’m waiting for book two, I’m reading Bitten by Kelley Armstrong. It’s about the world’s only female werewolf and her struggle between living with her pack and living an independent life in the city. In the book, the werewolf trait is hereditary, passed on from father to son, and only a very rare few can actually survive a werewolf bite to become werewolves themselves. That is why the main character Elena is unique. She’s the only woman in her pack. It’s okay so far. Definitely easier to read than Wizard’s First Rule. 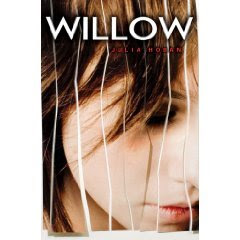 There’s another book that has intrigued me. Willow, a novel by Julia Hoban for young adults. Saw it advertised on Lolcats and it was really the cover that first got me interested. It’s about a teenaged girl and how she dealt with the death of her parents. The book description reads: “Seven months ago, on a rainy March night, sixteen year old Willow’s parents died in a horrible car accident. Willow was driving. Now her older brother barely speaks to her, her new classmates know her as the killer orphan girl, and Willow is blocking the pain by secretly cutting herself. But when one boy — one sensitive, soulful boy — discovers Willow’s secret, it sparks an intense relationship that turns the “safe” world Willow has created for herself upside down.” It talks about some pretty serious things and usually I steer clear of emo stuff, but there are a lot of good reviews about it. It isn’t listed in any of our major bookstores’ websites though. But why?