Finally, the latest installment in the kickass science fiction and fantasy series I Am Just Junco is coming out in April. Actually, there are two books coming out–Range, book #4, and The Magpie Bridge, book 4.5, a novella. I read the first three books last year and I really enjoyed them, so you can imagine how excited I was for these two. Check out my ramblings about the two books below! 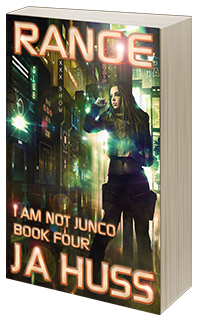 Two years have passed since Inanna stole Junco away from Lucan. Two years of unimaginable pain. Two years of isolation, mutilation and torture. Two years of fear and loneliness in a morph tank. And that’s not something you just get over, even if you are psycho-assassin, Junco Coot.

Now Junco has to learn to live with the consequences. Her Siblings are suspicious and angry, half her team is dead, Tier is wreaking death and destruction, Lucan is holding his secrets close, and she is spiraling out of control.

There is only one partnership that matters anymore – only one person she will trust and take direction from – and only one way out of the Hell she’s been sentenced to.

Junco is tired of fighting and death. She’s had enough and this time she means to end it – once and for all. — Goodreads

Today we have a Top 10 list by Jennings Wright author of fantasy novel Ixeos. I’m a fantasy nut so I asked her who her Top 10 science fiction and fantasy characters are. Read on to know which literary characters made it to her list! Then read on to know more about her fantasy book Ixeos and join the tour giveaway at the end of this post! :)

The McClellands are enjoying a lazy summer vacation at the beach when they are lured from our world into Ixeos, an alternate Earth. Finding themselves lost in a maze of tunnels under Paris and surrounded by strangers, they discover that they have been brought to Ixeos for one purpose:  to take the planet back from humanoid aliens who have claimed it. With the aid of the tunnels and a mysterious man named Landon, the teens travel the world seeking the key that will allow them to free Darian, the long-imprisoned rebel leader. But the aliens aren’t the only problem on Ixeos — the McClellands have to deal with brutal gangs, desperate junkies, and a world without power, where all the technology is owned by the aliens, and where most of the population has been killed or enslaved. The worst part? There’s no way home. — Amazon * Barnes & Noble

Today, we’re featuring Submerged by author Cheryl Kaye Tardif. I’m currently reading the book and it’s pretty interesting so far. I’ll be posting my review soon! For now, read more about the book and see if it’s something you’d be interested in!

Cheryl’s holding a tour giveaway, so don’t forget to check that out as well!

From Cheryl Kaye Tardif, the international bestselling author that brought you CHILDREN OF THE FOG, comes a terrifying new thriller that will leave you breathless…

So last weekend, I was at one of the most beautiful beaches in the world–Boracay. Played some kickass ultimate, hung out with awesome friends, and, you know, GOT ENGAGED to my Carpet Head. Woot. ;)

First, a quick backstory. Carpet Head and I met sometime in 2008 because of ultimate. One of my teammates invited him to play and he became part of the team (he became team captain later on, by the way). In 2009, my team joined the annual Boracay Open for the first time. Apparently, I looked fabulous in my bikini because I caught his eye. Hah. We started going out after that and eventually became a couple.

The Proposal happened during one of our games in this year’s Boracay Open. Carpet Head conspired with most of our teammates plus some of the guys from the other team. They switched the game disc for a “special” one. Carpet Head made a scoring pass to me. One of our teammates told me to flip the disc over. Guess what was written at the back? Next thing I knew, Carpet Head was on his knee and we were surrounded by friends and spectators. Of course, I had to say yes!

Please enjoy this guest post (titled Voodoo vs Hoodoo) by author Noreen Cosper and read an excerpt from her new release A Prescription for Delirium (Van Helsing Organization #1).

Don’t forget to enter the giveaway on this blog! :) 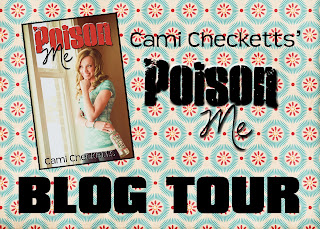 Hello! I am actually away at the beach this weekend, but here’s an awesome blog tour and giveaway for you! Read about Poison Me, the latest by author Cami Checketts. There’s a tour-wide giveaway so don’t forget to put in your entries for a chance to win AWESOME stuff! ;)

Yay blog tour! This is for The Burning Time, a horror novel by author JG Faherty. I was really tempted to review this book for the tour but I know I have to stick to my review pile for now. Check out the excerpt! It’s muy scary.

Wherever The Stranger goes, evil follows. Wild dogs roam the fields. Townspeople turn on each other in murderous fury. Innocent women throw themselves off bridges. Swimmers disappear, victims of a deadly beast that haunts their waters. And the worst is still yet to come. The Stranger plans to open a gateway to the nether realms and release the Elder Gods to bring forth Chaos on Earth.

Only one man knows the truth, a country mage whose family has fought The Stranger before. But can he defeat his ageless enemy before Hastings Mills is nothing but a smoking ruin and the townspeople become unwilling blood sacrifices to the Old Ones? With only the help of a young woman and her teenage son, he will have to use all of his arcane knowledge to thwart his adversary and prevent the final apocalypse. In Hastings Mills, The Burning Time has arrived.

The part where I rant about achieving nada in February. Nada!

How now, browncow? It is MARCH and I have yet to do shit. I mean, really do shit. I seem to have forgotten my bucket list. Well, kind of. Not totally. I’m just not making any real progress.

Read moreMarch has come and I got zip.