Hullo! Today I have for you a pretty interesting horror book! Check out Monsterland by author Michael Okon. This book really seemed like something I can get into but I still haven’t gotten over my reading slump so I just decided to put this on my wishlist for now. It involves vampires, zombies, werewolves in a theme park! Scary fun, right?

Read more about it below, enjoy a short excerpt and enter the blog tour giveaway for a chance to win a gift card and other cool stuff!

Today I have a creepy short story for you! Check out Her, a horror short story by author Danielle Rose.

Read more about the story and check out my short review!

Read moreReview of Her by Danielle Rose

It’s the perfect time for some spooky or scary reading, right? If you’re looking for something to read this season, check out these five paranormal books we’re featuring today!

Read moreAre You Looking for Halloween Reads? Get into the Paranormal Bar & Grille Tour! (Giveaway)

I think I’ve been pretty clear that I’m a big fan of the Ascended series by Gelineau and King. I love the different storylines but my favorites so far are that of Ferran in Rend the Dark and Elinor of Reaper. Today I’m stoked to feature Skinshaper, the second novella in the Rend the Dark series.

Read on to know more about the book and check out my review!

Rend the Dark by authors Mark Gelineau and Joe King is out today! I read this author duo’s first story A Reaper of Stone just last month and I found it so promising that I was so excited for the chance to read another one of their stories. In their blog, the authors describe Rend the Dark as a good old-fashioned action horror adventure. I happen to love horror and adventure so I was stoked to read it.

Read more about the book below and check out my review.

Please enjoy this guest post (titled Voodoo vs Hoodoo) by author Noreen Cosper and read an excerpt from her new release A Prescription for Delirium (Van Helsing Organization #1).

Don’t forget to enter the giveaway on this blog! :)

Yay blog tour! This is for The Burning Time, a horror novel by author JG Faherty. I was really tempted to review this book for the tour but I know I have to stick to my review pile for now. Check out the excerpt! It’s muy scary.

Wherever The Stranger goes, evil follows. Wild dogs roam the fields. Townspeople turn on each other in murderous fury. Innocent women throw themselves off bridges. Swimmers disappear, victims of a deadly beast that haunts their waters. And the worst is still yet to come. The Stranger plans to open a gateway to the nether realms and release the Elder Gods to bring forth Chaos on Earth.

Only one man knows the truth, a country mage whose family has fought The Stranger before. But can he defeat his ageless enemy before Hastings Mills is nothing but a smoking ruin and the townspeople become unwilling blood sacrifices to the Old Ones? With only the help of a young woman and her teenage son, he will have to use all of his arcane knowledge to thwart his adversary and prevent the final apocalypse. In Hastings Mills, The Burning Time has arrived.

Today we’re featuring a new book with another interesting take on the ever popular vampire legend. Read more about the book and even get a sneak preview of the first 6 chapters! 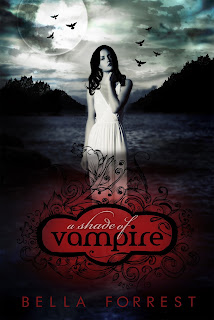 A Shade of Vampire

On the evening of Sofia Claremont’s seventeenth birthday, she is sucked into a nightmare from which she cannot wake.
A quiet evening walk along a beach brings her face to face with a dangerous pale creature that craves much more than her blood.

She is kidnapped to an island where the sun is eternally forbidden to shine.
An island uncharted by any map and ruled by the most powerful vampire coven on the planet. She wakes here as a slave, a captive in chains.

Sofia’s life takes a thrilling and terrifying turn when she is the one selected out of hundreds of girls to join the harem of Derek Novak, the dark royal Prince.

Despite his addiction to power and obsessive thirst for her blood, Sofia soon realizes that the safest place on the island is within his quarters, and she must do all within her power to win him over if she is to survive even one more night.

Will she succeed? …or is she destined to the same fate that all other girls have met at the hands of the Novaks?

Read moreSpotlight: A Shade of Vampire by Bella Forrest

What are virals, you say? Some call them smokes, jumps, or dracs. They’re lightning fast, strong, and utterly vicious. And they have a taste for blood. Imagine the world getting run over by these terrifying creatures. This is my review of Justin Cronin’s The Passage, one of the best books I’ve read in a while. 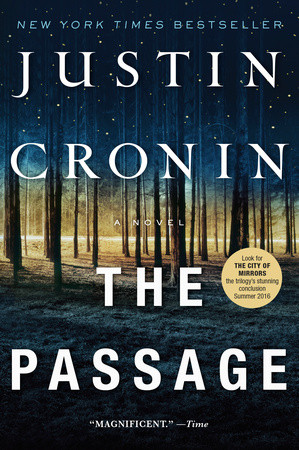 “It happened fast. Thirty-two minutes for one world to die, another to be born.”

First, the unthinkable: a security breach at a secret U.S. government facility unleashes the product of a chilling military experiment. Then, the unspeakable: a night of chaos gives way to sunrise on a nation, and ultimately a world, turned to hell. All that remains is the long fight ahead for the stunned survivors faced with a future ruled by fear—of darkness, of death, of a fate far worse.As civilization crumbles, two people flee in search of sanctuary. FBI agent Brad Wolgast is a good man haunted by what he’s done in the line of duty. Six-year-old orphan Amy Harper Bellafonte is a refugee from the doomed scientific project, and Brad is determined to protect her. But, for young Amy, escaping is only the beginning of a much longer odyssey—spanning miles and decades—toward the time and place where she must finish what should never have begun in the first place.

Read moreCare for a viral apocalypse? A review of The Passage by Justin Cronin.